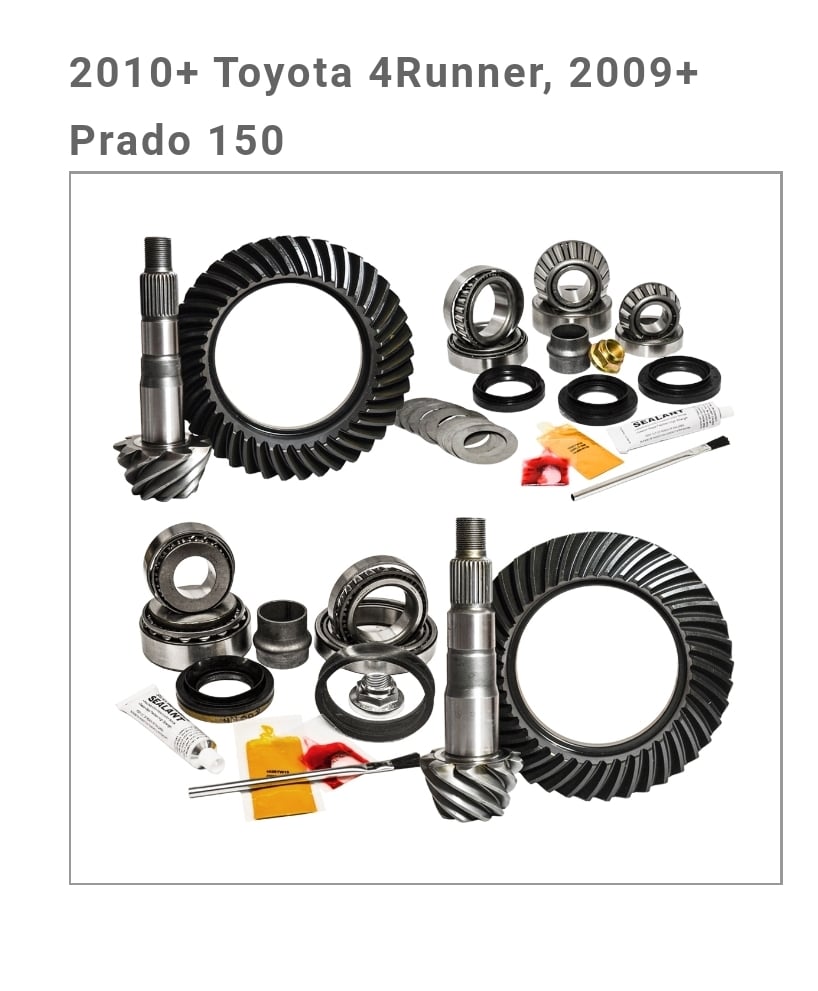 A Nitro gear change will help get that performance and economy back!

If you've fitted larger tires to your vehicle then you are likely experiencing a loss in performance, fuel economy, and more constant transmission gear “hunting" - This is because the larger tires reduce your engine's RPMs below the optimal power band. Re-gearing the differentials in your vehicle is the only way to get your vehicle back into its optimal operating RPM range, thus improving performance and reducing strain on your vehicle's drivetrain. This is especially important for today's vehicles as they feature tall factory gearing and overdrive transmissions which are less tolerant to increase in tire size or the weight of added accessories.

It's a common misconception that gear changes are reserved only to hardcore off-roaders or trucks with huge tires. However, re-gearing is one of the single most beneficial modifications you can make to keep the performance, economy, and durability of your daily-driven 4x4. This is a mod for anyone with larger tires, increased weight, or for increased performance on stock vehicles for towing or increased acceleration.